The Hawaii Employers Council has just published its latest updates on what types of new employment laws may be passed during the 2019 legislative session.  Some of the areas of law that maybe impacted include:

A more detailed and comprehensive article discussing several of the key measures that are being considered is available to HEC members only and can be accessed here:  Highlights of Employment Bills after Second Crossover.

The 2018 legislative session has come to a close and our State Legislature passed a few bills that affect Hawaii’s labor and employment laws.  Some of the areas of law that have been (or will be) impacted include the following:

The Hawaii Employers Council has published its Legislative Digest following the Governor’s Veto Deadline.  The digest can be viewed here:  2018 Employment Law Bills after Veto Deadline.

In addition, some of the labor and employment bills that died this year include the following: 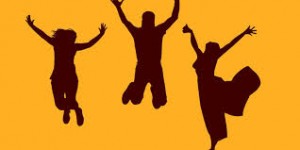 On Tuesday, May 17, 2016, news broke that the U.S. Department of Labor (“DOL”) will be publicly issuing their final rules regarding overtime exemptions under the Fair Labor Standards Act on Wednesday, May 18, 2016.  The final rule will raise the salary threshold exemption from $23,660 to $47,476, which is more than double the current amount.  While the salary threshold is not quite the $50,440 that was initially proposed by the DOL, it is still certainly a very high number that will negatively impact many small businesses, non-profit organizations, and other companies that simply cannot afford to raise salaries to $47k for all of their exempt employees.

The final rule will also trigger automatic increases to the salary threshold every three years, beginning on January 1, 2020.  To put it lightly, this escalator clause could prove to be a real back breaker for many companies.  Under the DOL’s estimation, this would increase the salary threshold to $51,168 in 2020.  It is also not clear whether the DOL has fully thought about the implications of this escalator clause, but that is a different discussion for another day (see below).

Finally, the new rule also provides that non-discretionary bonuses and incentive payments (including commissions) can be used to satisfy up to 10% of the new standard salary level, as long as they are paid on a quarterly basis (or sooner).

The new rules will take effect on December 1, 2016.  This gives employers just under 200 days to start preparing for these major rule changes.

Certainly, this is BIG NEWS!  And bad news, too.

In order to assist employers with understanding and preparing for the DOL’s final overtime rule, the Hawaii Employers Council (“HEC”) will be conducting a seminar/webinar next Wednesday from 8:30 to 10:30 am.  This program will contain three main components:  (1) a discussion of the current and new rule; (2) actions plans employers can implement in response to the new rule; and (3) how to communicate with employees about changes that are (or will be) implemented by the employer.  I will be presenting the first part of the program.

Here are some links for further information:

Oh, one last thing – I should also note that the final rules do not make any changes to the duties tests for the Executive, Administrative and Professional exemptions.  Employers can probably view that as a good thing, although I do not think such changes were likely because the DOL did not include them in its proposed rule.  Therefore, implementing such changes would have probably been in violation of the Administrative Procedures Act anyway.