To quote the controversial Marshall Mathers, otherwise known as Eminem:

Much to the surprise of many employers, the DOL recently submitted their proposed new rules regarding what constitutes “persuader” activity for the purposes of the Labor Management Reporting and Disclosure Act (“LMRDA”) to the Office of Management and Budget (“OMB”).  This move by the DOL is significant (and alarming) because submission of a proposed rule to the OMB is the final step before the DOL can publish its final rule in the Federal Register.  The DOL currently has a target date of March 2016 for publication of its final rule.  In other words, the new persuader rules could become a reality in just three short months (or even less).

The proposed persuader rules have been rather dormant since 2011, when introduction of the rules sparked major controversy and the American Bar Association strongly opposed the rules because they could potentially violate the sanctity of the attorney-client privilege.  This latest move by the DOL, however, means that the rules could take effect despite the objections of the ABA.

The proposal issued by the DOL would expand the scope of an employer’s reporting requirements under the LMRDA.  Currently, the LMRDA contains an exemption for where an employer receives “advice” from an attorney or consultant, but the attorney or consultant does not have direct contact with any employees.  Under the proposed rule, “persuader activity” would  be expanded to include “material or communications to, or engaging in other actions, conduct, or communications on behalf of an employer that, in whole or in part, have the object directly or indirectly to persuade employees concerning their rights to organize or bargain collectively.  Reporting is thus required in any case in which the agreement or arrangement, in whole or in part, calls for the consultant to engage in persuader activities, regardless of whether or not advice is also given.”   This broad definition of “persuader activity” would severely narrow the “advice” exemption as we currently know it.  For instance, the DOL has provided the following examples of what would constitute persuader activity:

The DOL also stated that reportable agreements or arrangements include those in which a consultant plans or orchestrates a campaign or program to avoid or counter a union organizing efforts, such as through the specific activities listed above.  Additionally, such efforts could also include drafting or implementing policies for an employer that has the effect of directly or indirectly persuading employees.

Any employer who enters into an agreement with an outside party – such as an attorney or consultant – to provide “persuader activity” would be required to file Form LM-10 with the DOL.  Failure to comply with the LMRDA’s reporting requirements could technically result in a $10,000 fine and imprisonment for up to one year.

The guest speaker for the HEC Annual Luncheon this year was Kent Hirozawa, current member of the National Labor Relations Board.  It was quite an honor to have Mr. Hirozawa give a presentation during the luncheon.  He shared some of his insights on current issues the Board is facing, including cases dealing with the interplay between employees’ Section 7 rights and company policies.  He also urged the audience to take take a close look at GC Memorandum 15-04, which provides a detailed analysis of how the NLRB’s General Counsel determines whether a work rule violates Section 7. 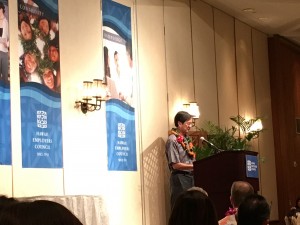 In addition, Mr. Hirozawa also spent some time discussing the impact the new quickie election rules have had on the timing of representation elections.  He presented the following figures, which are based on the time period from April through October of 2014 and 2015 (the new rules took effect on April 14, 2015).  As seen below, representation elections now occur about two weeks earlier than they did under the old rules.  Based on these figures, the new rules have clearly earned the moniker “quickie election rules.”

Median number of days between filing of petition and representation hearing:

Median number of days between the filing of petition and all elections:

Median number of days between filing of petition and stipulated elections:

Median number of days between filing of petition and directed elections:

Amount of blocked petitions based on filing of unfair labor practice charges:

The stipulation rate (% of cases where parties agreed to a stipulated election):


Presentation for University of Hawaii’s HR Ohana Meeting
Written by admin
Thursday, 29 May 2014 09:46

Yesterday, I had the opportunity to speak at the HR Ohana Meeting to about 100 human resources professionals from all campuses of the University of Hawaii, which included the Manoa campus, as well as all neighbor island campuses and community colleges.

The meeting took place at Windward Community College, and man, I had no idea that WCC had such a beautiful campus.  On one side of the campus, you have a majestic view of the Koolau mountain range.  On the other side, you have a magnificent view of the ocean.  It was incredible, to say the least: 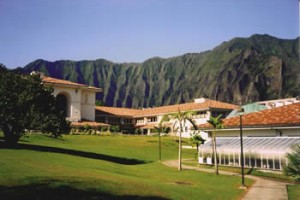 I was asked to speak about current hot topics in labor and employment law, so I included the following four topics in my presentation:  (1) 2014 legislative update; (2) social media and the workplace; (3) the possible unionization of Northwestern University football players and (4) employment law rights of same-sex couples in Hawaii following the Windsor court decision and legalization of same-sex marriage in Hawaii.

One of the speakers who presented before me talked about the “HR Tsunami” and how the duties of HR professionals in the workplace are becoming more significant as they take on more active roles in the strategic planning and management of corporations.  In other words, HR professionals are not just performing administrative functions.  I felt that this particular topic was a great segue into my presentation, because it gave me an opportunity to discuss the importance of being proactive in employment-related decisions and reinforce my motto that “the best defense is a good offense.”  It was also good to see that so many people chose to attend the meeting; considering that it was voluntary, having 100 attendees is fantastic because it shows that these HR professionals are doing their own part to be more proactive about their job functions.

The proposed changes to the rule have drawn controversy because they impose significant restrictions on the “advice exception” to the Labor Management Reporting and Disclosure Act (“LMRDA”).  The LMRDA requires employers and legal consultants to report any arrangement for activity involved in persuading employees on issues regarding their right to organize and bargain collectively.  Currently, the advice exception provides that no employer or consultant has to file a report if that consultant simply gives advice to the employer.  If the proposed changes take effect and the advice exception is eliminated or restricted, however, it could potentially require unprecedented disclosures from attorneys and law firms that represent employers in labor relations matters.

Although it is not entirely clear why the DOL has (again) postponed publication of their new rules on persuader activity, it is very likely the DOL is concerned about the potential legal challenges critics of the proposed new rules have threatened to make.  Such critics include the American Bar Association (the lawyers!) and the Association of Corporate Counsel (more lawyers!), who have argued that the proposed rules impede on rules of professional conduct pertaining to the attorney-client privilege.

The long days and late nights at the Capitol are over, and the 2013 Legislative Session has come to an end.

Bills that have already been signed into law by the Governor include:

Bills that have been sent to the Governor for his approval (or veto) include:

Bills that did not pass this year include:

In the next couple months, I will be giving several presentations on the 2013 legislative session, including HEC’s 2013 Legislative Update on June 21, 2013.  I will also be doing in-house presentations for several of HEC’s members and industry roundtable groups.  If you are able to join us at any of those presentations (and would like to find out what “OTBD” means), I hope to see you there.

To view the updated Legislative Digest, as well as an article highlighting several of the bills mentioned above, you can visit HEC’s website here:  HEC Offers Final Bill Summary for 2013 Session.