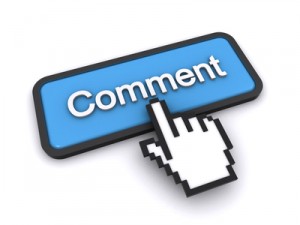 The EEOC has provided a 30-day period for the public to provide input on the draft guidance, which ends on February 24, 2016.  Such input may be provided using www.regulations.gov in letter, email or memoranda format.  Alternatively, hard copies may be mailed to:

All public input will be posted on www.regulations.gov.  The EEOC’s last guidance addressing retaliation was issued in 1998.

Each year, the Hawaii Employers Council provides its members with updates on labor and employment law bills that are being addressed by the legislature. One of those documents, the Legislative Digest, is actually currently available to the general public, and can be accessed here:  HEC Legislative Updates.

Bills that are still alive as of the Second Lateral deadline address (1) the minimum wage, (2) payment of wages via direct deposit and pay cards, and (3) workers’ compensation drugs, fee schedule and settlements.

For the 2014 Legislative Session, the Legislative Digest is available for the following key deadlines:

As more deadlines pass, I will update this blog entry to indicate when the most recent Legislative Digest is available.

Other updates, such as articles providing a detailed explanation of several of the significant measures and talking points on certain bills, however, are available only to HEC members.

The Supreme Court of the United States recently heard oral arguments in a case called University of Texas Southwestern Medical Center v. Nassar, which will resolve the following issue:

Whether Title VII’s retaliation provision and similarly worded statutes require a plaintiff to prove but-for causation (i.e. that an employer would not have taken an adverse impact action but for an improper motive), or instead require only proof that the employer had a mixed motive (i.e. that an improper motive was one of multiple reasons for the employment action.)

For the non-lawyers, the “but-for” standard carries a higher burden of proof than the “mixed motive” standard.  The Supreme Court’s decision will resolve a split between different federal circuits.  Specifically, the First, Sixth and Eleventh circuits have adopted the higher “but-for” standard, and the Fifth and Eleventh circuits have adopted the mixed-motive standard.

Although this case might seem to address a technical issue that only lawyers would care about, the result of this case is also important to employers – because (a) it may affect how employers make employment decisions (in order to avoid lawsuits) and (b) it will also affect how employers decide to defend against Title VII retaliation lawsuits.

Just this morning, the US Supreme Court issued its decision in Kasten v. Saint-Gobain Performance Plastics Corp., and ruled that an oral complaint is protected from retaliation under the Fair Labor Standards Act (“FLSA”).  By reaching this decision, the high Court concluded that the statutory phrase “filed any complaint” as used in the FLSA includes oral, as well as written, complaints.  The Court’s decision resolved a split among different federal circuits (and agreed with what had been the law in the 9th Circuit since 1999.)

Specifically, the FLSA contains an anti-retaliation that makes it unlawful for employers:

to discharge or in any other manner discriminate against any employee because such employee has filed any complaint or instituted or caused to be instituted any proceeding under or related to [the Act], or has testified or is about to testify in such proceeding, or has served or is about to serve on an industry committee.

In addressing whether the phrase “filed any complaint” includes an oral complaint, the Court opined that the word “filed” has different relevant meanings in different contexts.  As an example, the Court noted that some dictionary definitions of the word contemplate a writing, whereas other dictionaries “permit the use of the word ‘file’ in conjunction with oral material.”  The Court then stated that this meant that dictionary definitions of the word “file” do not necessarily limit the scope of the phrase to written complaints.  The Court also noted that some other laws have used the word “file” in conjunction with oral statements, and that regulations promulgated by various federal agencies sometimes permit complaints to be filed orally.

Additionally, the Court reasoned that the purpose of the FLSA would not be met if its anti-retaliation provisions applied only to written complaints.  To support this reasoning, the Court asked the rhetorical question of “Why would Congress want to limit the enforcement scheme’s effectiveness by inhibiting use of the Act’s complaint procedure by those who would find it difficult to reduce their complaints to writing, particularly illiterate, less educated, or overworked workers?”  The Court also reasoned that limiting the anti-retaliation provisions to written complaints would prevent Government agencies from using hotlines, interviews, and other oral methods of receiving complaints.

Based upon this reasoning, the Court ruled that the phrase “filed any complaint” under the FLSA includes the use of oral complaints.

It appears that the Court’s decision was more “result-based” than “law-based.”  First, to reason  that the FLSA protects against retaliation for oral complaints because the word “file” is not “necessarily limited to written complaints” is a bit of a stretch.  Additionally, although the Court is correct that other laws permit the filing of oral complaints, the laws cited by the Court are different from the FLSA because they expressly provide that a complaint may be filed orally (the FLSA contains no such language.)  Finally, the Court’s reasoning regarding illiterate or less-educated individuals, or the Government’s use of hotlines and interviews, indicates that the Court was basing its decision on the result it wanted to achieve, and not on the specific language of the FLSA.

Nevertheless, the Supreme Court is the final decision-maker on this issue, and the Kasten decision is now the law of the land.  I should also note that although this decision resolved a split among several different federal circuits, it doesn’t change the law in Hawaii.  Specifically, in a case called Lambert v. Ackerley, the 9th Circuit had previously ruled that oral complaints made to a supervisor were protected from retaliation under the FLSA.  Therefore, the Kasten decision really just means that oral complaints are still protected in the 9th Circuit (which includes Hawaii), and employers should continue to take caution when receiving any type of oral complaints under the FLSA.

You can read a copy of the Court’s decision here.  You can also read some history of this case in an earlier blog post here.