Last Thursday, the U.S. House of Representatives passed the Cyber Intelligence Sharing and Protection Act (“CISPA.”)  Proponents of CISPA say it is a bill that increases the government’s ability to respond to cyber threats and cyber attacks by sharing private customer information between itself and companies.  Opponents of the bill argue that it is a serious violation of their right to privacy, and does not actually serve to combat cyber attacks.  Rather, they claim, the bill would allow the government to “spy” on American citizens.

A last minute amendment to CISPA was attempted by U.S. Representative Ed Perlmutter, that would have banned employers from requiring employees to share the login information for their social media accounts.  The House members rejected the proposed amendment by a vote of 224-189, and passed the bill without Rep. Perlmutter’s amendments.  The bill now has to be heard by the Senate.

On a related note, another bill that is pending before the U.S. House of Representatives is the Social Networking Online Protection Act (“SNOPA”), which also proposes to prohibit employers and certain other entities from requiring or requesting that employees and certain other individuals provide a user name, password, or other means for accessing a personal account on any social networking website.  This same exact bill was introduced in 2012, but was not given much attention.  For this year, govtrack.us is giving this bill a 1% chance of making it out of committee, and a 0% chance of being enacted into law.

As noted in a prior blog post, seven states have already enacted such a law.  Hawaii heard similar bills during the current legislative session, including HB 713 HD2 SD1, but all of those bills are dead.

While we’re on the subject, some humor: 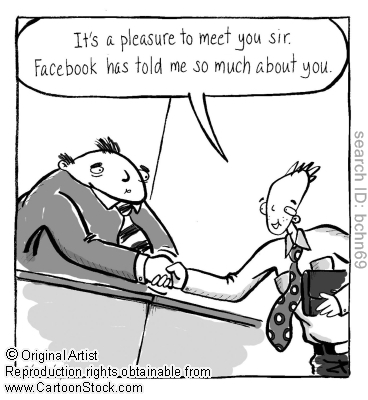 Sorry, this is not an April Fools joke…

Utah recently passed a law that would prohibit employers from asking an employee or job applicant for their social media log-in credentials (login ID and password.)  There are now a total of five states that have such laws:  California, Illinois, Maryland, Michigan, and Utah.

For Hawaii, a few bills were introduced this legislative session to create a similar law in Hawaii, but those bills all died.  In addition, Congress introduced the “Password Protection Act of 2012″ which would have provided similar restrictions on employers, but that bill did not pass either. 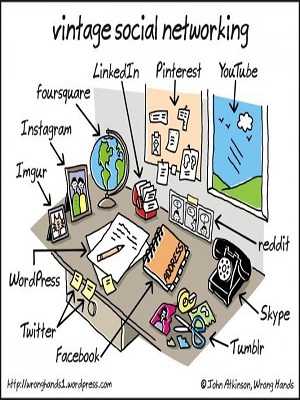 The Hawaii Employers Council has an updated Legislative Digest, following First Crossover.  Some of the bills that are still alive address the following areas of law:


Maryland Is First State To Ban Employers From Asking For Social Media Passwords
Written by admin
Thursday, 17 May 2012 18:29

On May 2, 2012, the Maryland Governor approved a measure that makes it illegal for Maryland employers from requiring or asking an employee or job applicant to disclose any user names, passwords, or any other means of accessing personal internet sites (such as Facebook) as a condition of employment.  In addition, this new law also prohibits Maryland employers from disciplining an employee or refusing to hire a job applicant who declines to disclose such information.  Maryland is now the first state to pass such a law.  This law is known as the “User Name and Password Privacy and Exclusions” law, and takes effect on October 1, 2012.  You can read a copy of the bill here.

Congress is also getting in on the action:  the U.S. House of Representatives has introduced the Social Networking Online Protection Act (“SNOPA”) and the U.S. Senate has introduced the Password Protection Act of 2012, both of which prohibit employers from requiring employees or job applicants to disclose their social media user names and passwords.  In addition, some U.S. Senators have also asked the U.S. Department of Justice and the Equal Employment Opportunity Commission to investigate employers’ practices of asking job applicants for social media passwords during job interviews.

For further discussion on this topic, please see my prior blog post here.

In the midst of the recent media circus regarding employers (in both the public and private sector) asking for Facebook passwords from job applicants, the Maryland legislature recently passed a bill that would prohibit employers from requiring or seeking user names, passwords or any other means of accessing personal internet sites such as Facebook as a condition of employment.  As a bit of background, this bill arose because a Maryland corrections officer was asked by his employer for his personal Facebook password, as a condition of returning to work following a leave of absence.  That correction officer’s situation became the subject of countless news articles all over the internet and in print.  In fact, some may say that the situation was blown out of proportion – especially given the lack of evidence (empirical, anecdotal, or otherwise) that this was even a common practice amongst employers.

In any event, at this point, this bill must still be signed by the Maryland governor before it becomes law.  If signed, it would take effect on October 1, 2012.

Over the past few weeks, several people have asked me whether an employer can, or should, require job applicants or employees to disclose their usernames and passwords for sites such as Facebook, Twitter, etc.  Thus far, my response has been that aside from the fact that it is not entirely clear whether such a practice is even legal (because of the Stored Communications Act, the Computer Fraud and Abuse Act, and a case called Konop v. Hawaiian Airlines), I think it is a bad practice for a number of reasons.  Specifically, employers need to be careful about how they research a job applicant, or even an employee, because they will often find things they didn’t want to (and shouldn’t) know about.  In addition, such a practice is bad for employee morale, and may scare away job applicants who are otherwise qualified for a position.  Finally, any savvy employee or job applicant will likely just purge their social media accounts of any incriminating evidence if they know they will be required to disclose their passwords to an employer, so requiring the passwords will become an exercise in futility.  This, pitted against the fact that an employer may discover something about an employee or applicant they they otherwise don’t want to know (such as a disability, sexual preference, religious belief, etc.), weighs in favor of not asking applicants or employees for their social media passwords.

I will be speaking in more detail on this topic at a seminar entitled “Modern Technology and the Workplace” at the Hawaii Employers Council (“HEC”) on April 26, 2012.   I will be presenting the seminar along with Ben Schorr, from Roland Schorr & Tower.  You can view further information about the seminar and register for the event on HEC’s website here.

You can read a copy of the bill here, and track the progress of this measure on Maryland’s legislative website here.